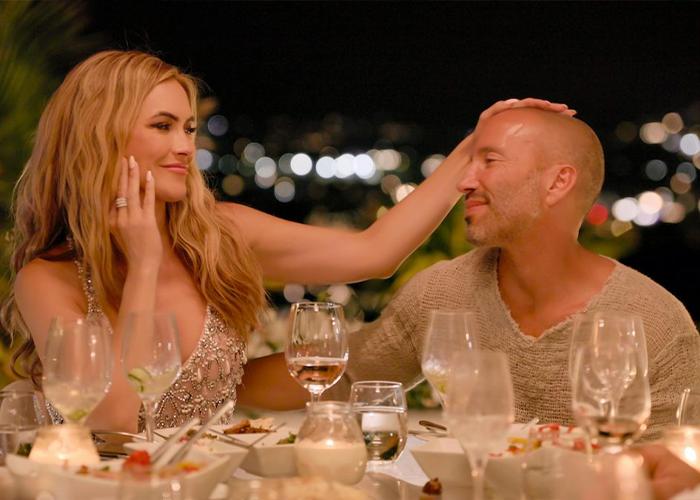 Chrishell had one of the most interesting relationships to follow on the show. She had a romance with her boss (a premise for drama!) Jason Oppenheim. Things started out very positively and the chemistry between the two of them was very clear. But, did the two actually end up staying together? 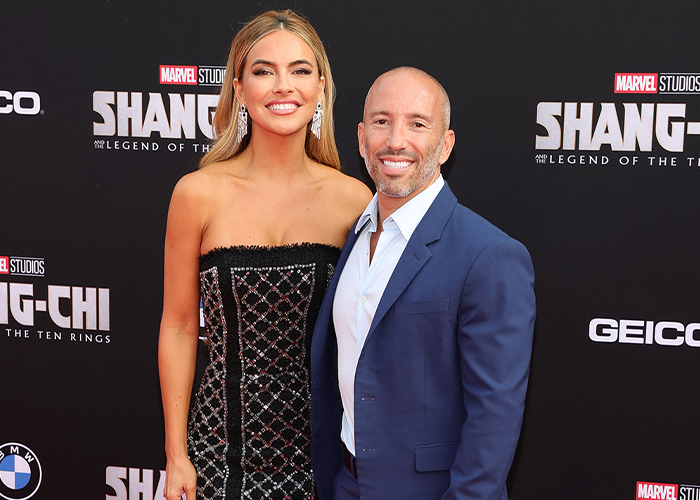 Sadly, it didn’t last long at all and the couple called time on their relationship just 5 months after the two started dating. Breakups suck let’s be honest… but break ups with your boss offer a whole new host of problems. Thankfully, things are fine between the two of them and they still have a good relationship. 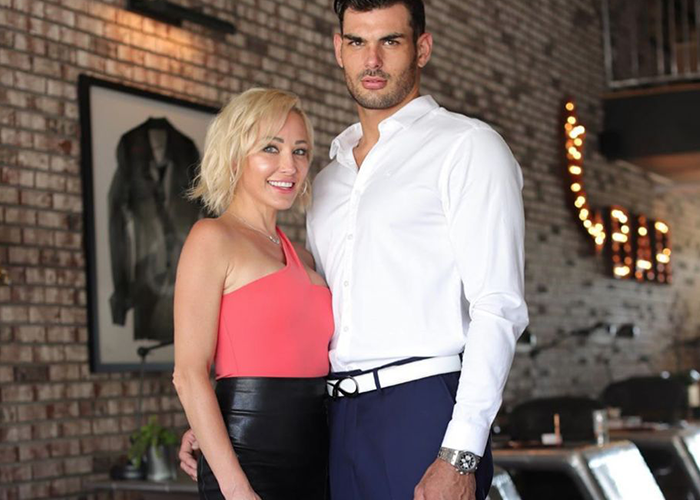 As we all know (if we are fans of the show), Mary and Romain had a very publicized relationship. It seemed to be all glitz and glamour which ended up being solidified as Romain popped the question on the screen for us all to witness. Yet, it turned out they had already legally married. But, did they stay together? 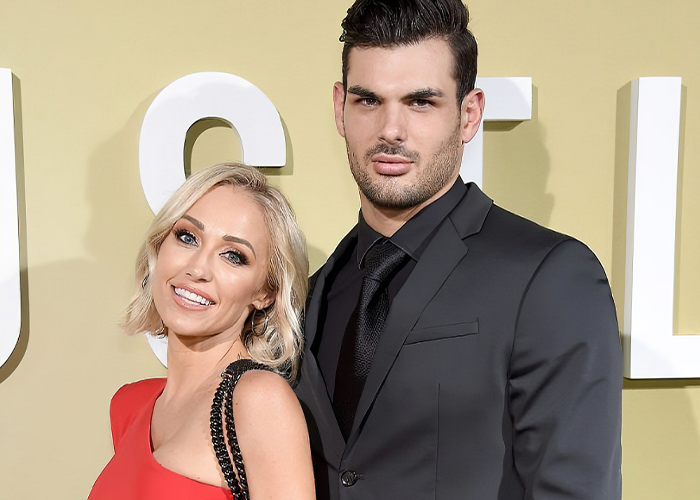 Mary Fitzgerald and Romain Bonnet from the show quickly became one of the strongest couples. And, you’ll be pleased to know that they still continue as solid as ever. In fact, recently the pair partied at Coachella together and they seem just as loved up as we saw on the show. 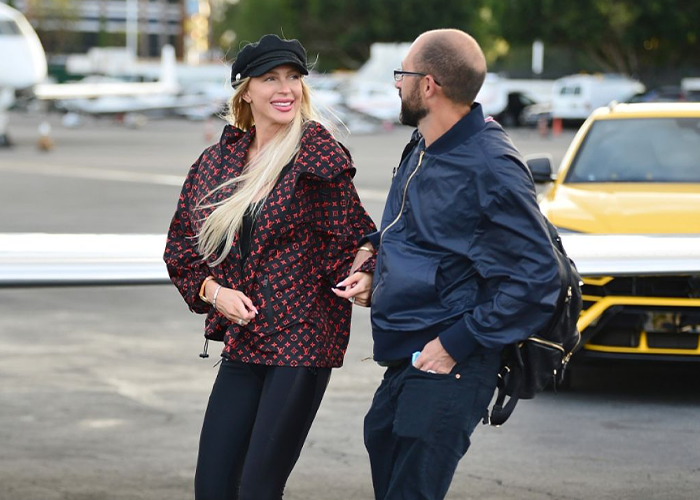 Christine Quinn and Christian Richard met one another in 2019. They pretty much instantly hit it off with one another as they found they each had a mutual attraction. Christine’s friend had previously been on a date with Christian but they had not found a connection. Then, her friend set Christine up with Christian instead, knowing they would get along. 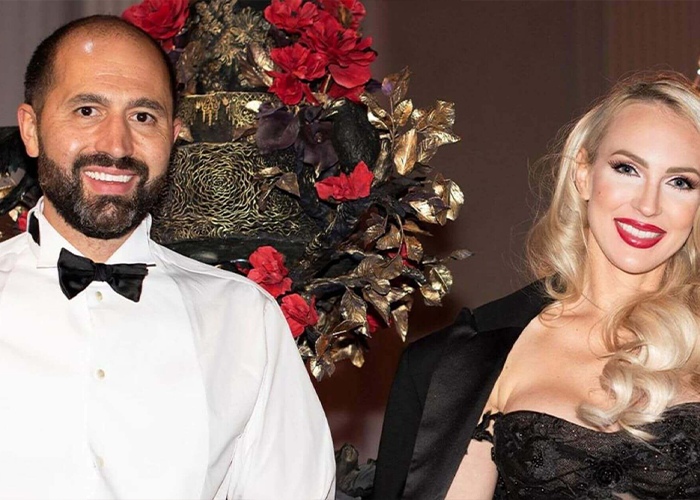 We all expected this couple to last…and so they did. In 2019 they took the leap and became man and wife. And, in 2021 their family grew as they welcomed their first baby together. So, everything couldn’t be going better for this couple at the moment. 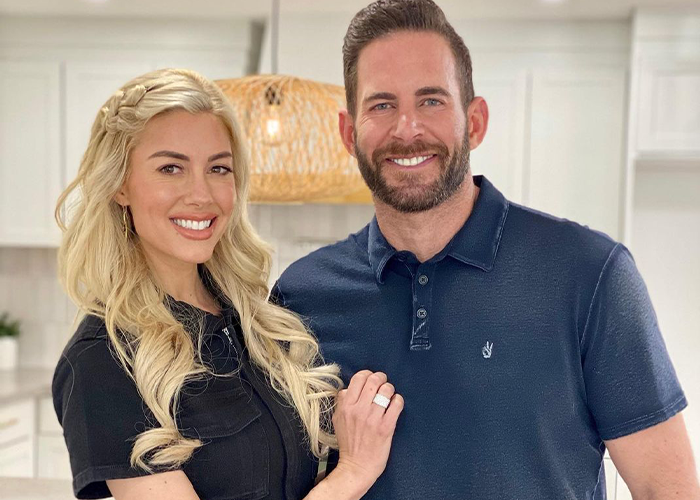 We’ve seen this relationship blossom. As well know, Tarek was immediately interested in Heather and felt taken with her straight away. He eagerly started a conversation with her and things took off from there. The two of them seemed to click from the off and the two of them experienced a relationship that went from 0 to 100. 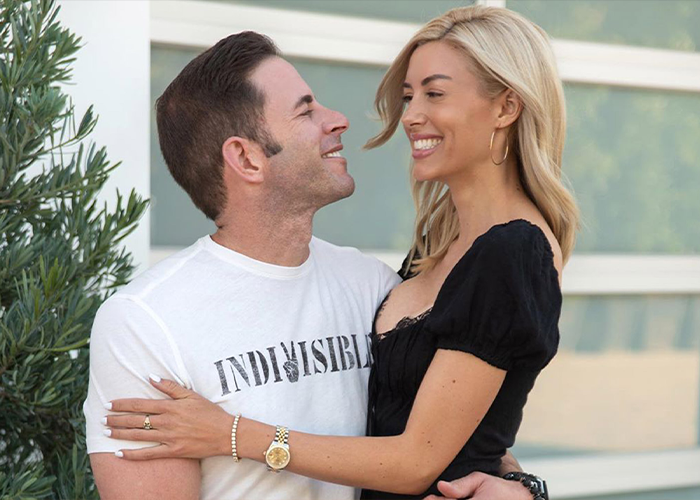 These two are very much still together! Heather Young and Tarek El Moussa are another couple to have tied the knot very recently, in 2021. And, the two of them have been openly proclaiming their love for one another in interviews and on social media. So, as far as we can see this couple has truly blossomed. 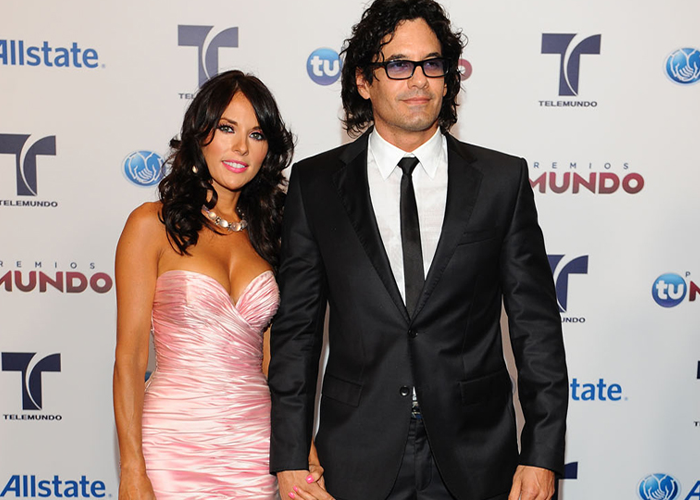 Vanessa Villela and Mario Cimaro were the couple in love. She actually met Mario online and they spoke for three months on social media before the two actually met. When they did meet for the first time it was in Mexico. Under the Mexican sun the two of them fell madly in love… did it last?

Vanessa and Mario didn’t last…. however, Vanessa introduced Tom as her new boyfriend in season 5. In January this year, they shared the news and the two of them have been openly declaring how in love the pair of them are and Tom actually popped the question! And now we have to wait for the wedding day which sounds like it will be as perfect as this couple seem to be. 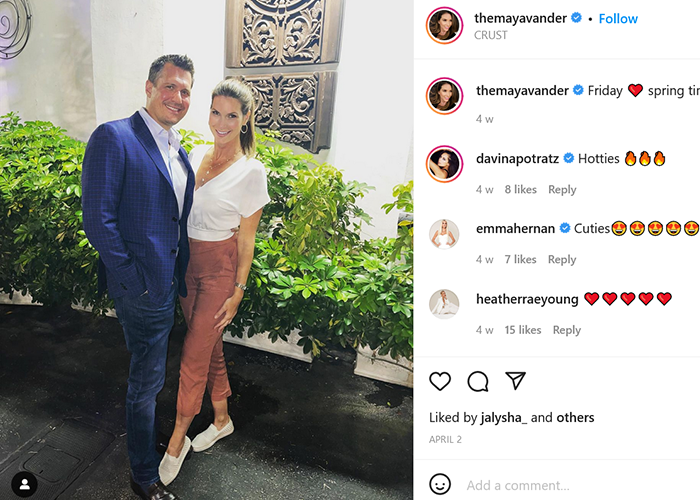 Maya Vander and David Miller met way before the show. The two of them met at a bar in movie like circumstances, in Santa Monica, California in August 2014. Then, after dating for three years they decided to tie the knot in 2019. As we saw the pair on the show, this married couple were very happy together. 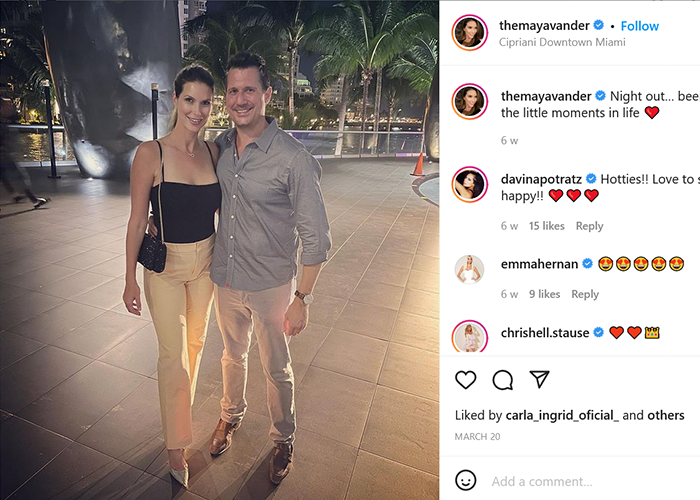 The couple are still going strong – they now live together in Miami and they have two children together. From what we know, the relationship is as solid as ever. We may not have seen this couple together, but we know this couple are very happy together. 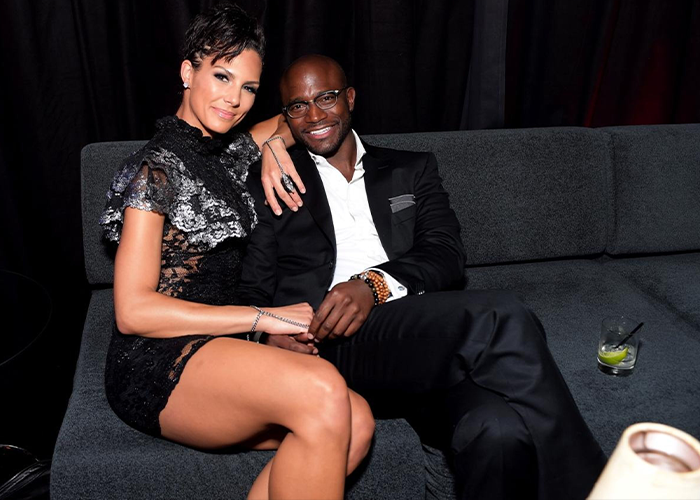 We’ve heard a lot about Amanza Smith and her ex-husband. Although we know that these two were divorced, they still continued a relationship co-parenting their children together. In 2020 her ex-husband actually went missing for two months. Now he’s back, there is no rekindling of their relationship. Amanza has now been reported to be romantically involved with Taye Diggs and JC Chasez since then. 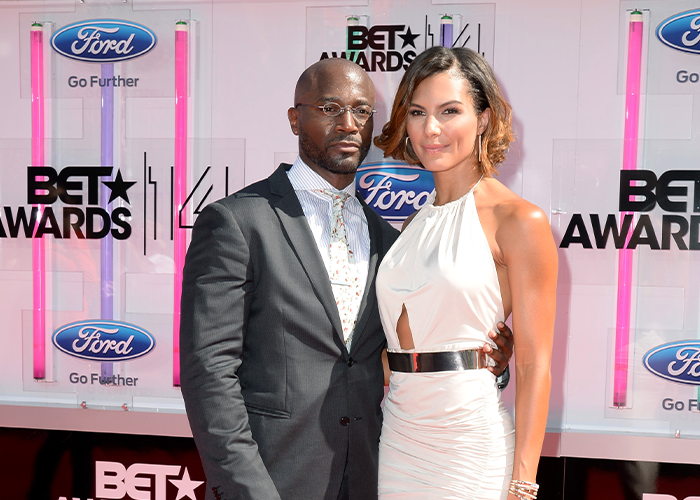 These two have no sign of rekindling the romance. In fact, a few years ago, this was solidified after Amanza started dating other men. After divorcing, she started to date JC Chasez and they dated for some time. But, after that did not work out, she then started to see Taye Diggs. This also lasted for a while after dissolving too. Now, she is not dating anybody. 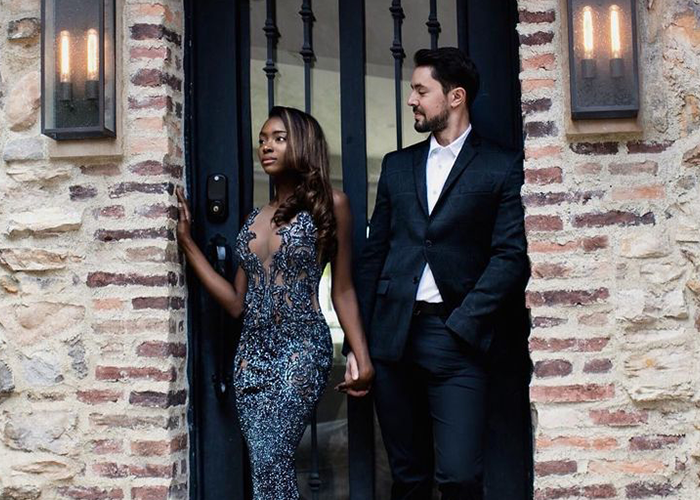 These two have a very romantic tale to tell of how they met. Back in 2015 Chelsea went to Los Angeles for a short break away – or so it was meant to be. But, there she met Jeff, and the two instantly fell in love in what was a kind of holiday romance. Then of course, Chelsea stayed to be with Jeff. 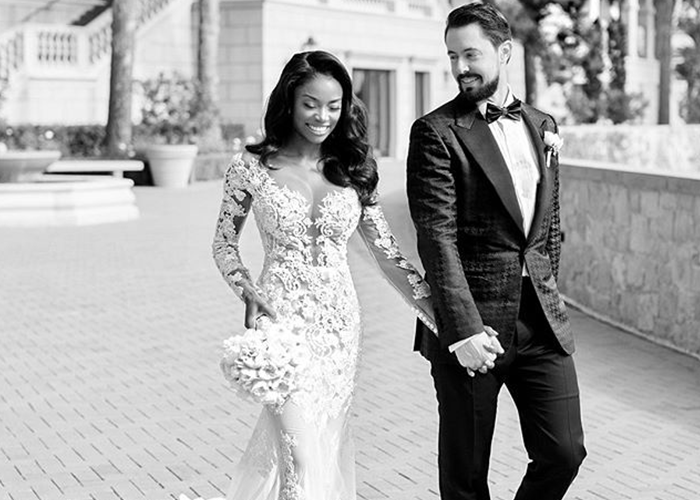 How about now? Chelsea Lazkani is currently married to Jeff Lazkani. In 2017 they officially became married and they have two children together. These two show no signs of breaking. The couple are happy, and enjoying a solid and stable marriage and family life with one another and their beautiful children. 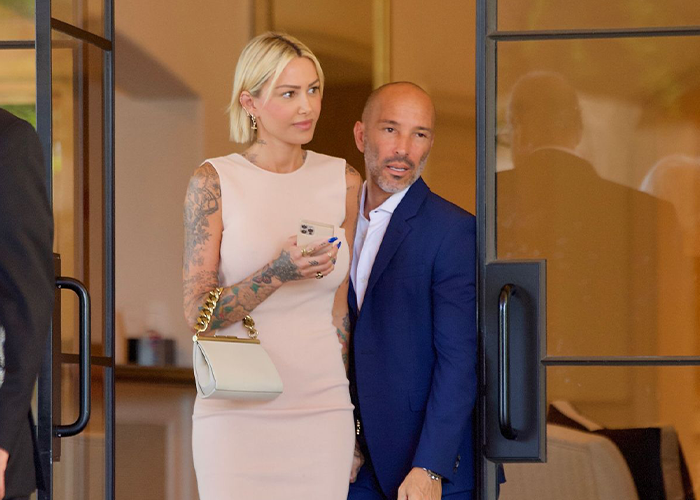 Before Tina, Brett was dating a woman named Katya Dmitrenko on season 3 of Selling Sunset. But, after that did not last Tina Louise, the Australian model then found love shortly after with Brett instead. In 2021, the pair made it official on social media. 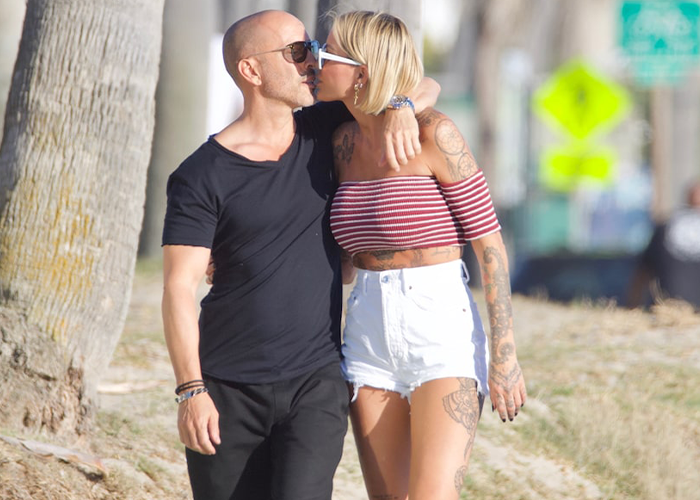 Brett and Tina are one of the many couples we have witnessed on this show, and many people were rooting for them. In 2021 Brett and Tina split from one another. The two of them broke from their relationship. Thankfully, things did not turn sour between these two and they remain as good friends. 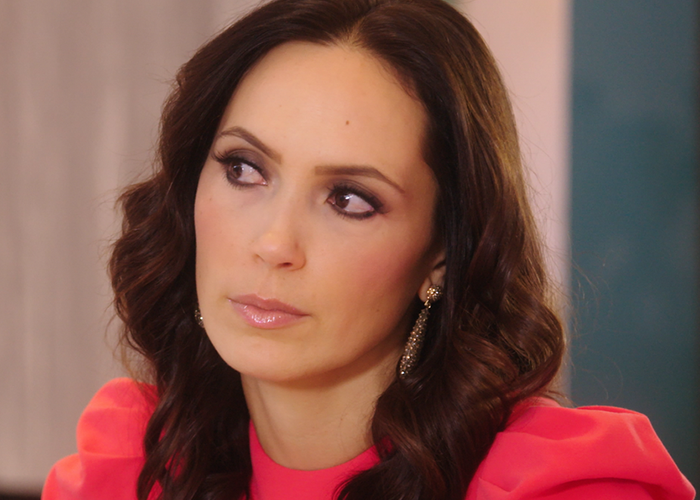 Davina from Selling Sunset is actually dating her millionaire boyfriend called Alex. But he does not feature on the show, apart from Davina mentioning him occasionally. Despite her loving the drama and causing a stir, she pretty much keeps her boyfriend’s name out of it. So, are they still together? 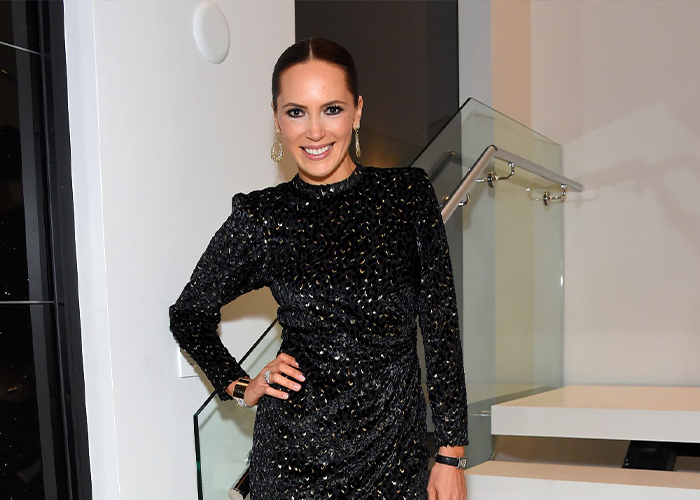 Things are apparently going string with her rich and hunky boyfriend…who we are all yet to see. We are all waiting for the surprise when he enters the show one day. Because, she even hides him from social media. In the past she had posted a photo of the two of them together…yet these posts for some reason have now been removed.

1. Wearing the same bra days on end We get it, putting a wash on is dull and not something you want to spend your time doing. So, maybe if you wear the same bra for a week… that’s fine, right? Well, plenty of other women clearly feel the same way. And actually, saving water…